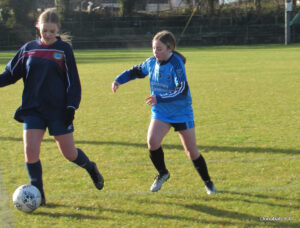 Last Thursday the 1st year girls’ soccer team travelled to Kells to play Eureka Secondary School. The game was played in tough conditions. It took Donabate a few minutes to settle into the game.

Georgia Hall got the opening score for Donabate, and this gave the team a boost. Donabate continued to press and were rewarded with more goals with Georgia and Sarah Weir finding the net in the opening half. DCC led by 4-0 at the break.

The team kicked on in the second half, with Niamh Zaidan getting a goal in the opening minutes. The defence was rock solid and kept Eureka scoreless for the match. Niamh Zaidan found the net twice more before the game was out. Full time score was 7-0. 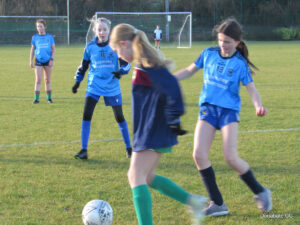 Captain on the day was Lucy Caswell who ensured the ball moved swiftly from defence to attack. The team is through to the next round of the 1st year cup, where they will face Loreto College. 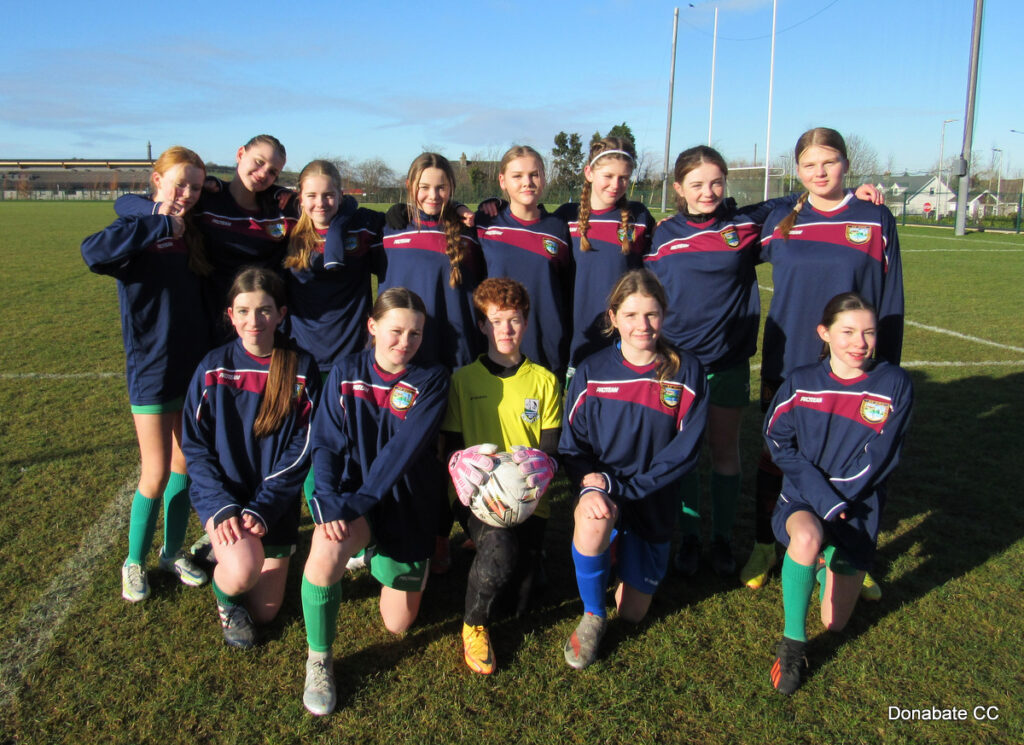