DCC Back on to the Playing Fields 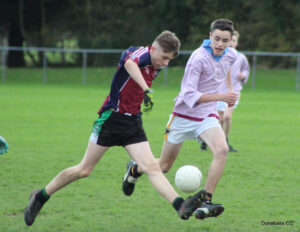 DCC Back on to the Playing Fields

Last Friday, second year boys Gaelic footballers (with the help of five first years) took the field for the first time in their DCC careers, after a year of no action last year.

Up against a well fancied Portmarnock CS side, the DCC lads started brightly going two points to one up in the opening ten minutes, thanks to the terrific work from Kevin Burke and Tiernán O’Rourke.

Portmarnock then took a hold on the game, but despite having more of the possession in the opening half, the DCC full back line of Aidan Bukovec, Daire Gleeson and Conor Brady held strong and won the majority of the ball that came into them, with Bukovec making runs forward with the ball creating sharp counter-attacks.

Despite Portmarnock knocking over a few beautiful points to go 0-05 to 0-02 up, DCC responded brilliantly bringing the game level on five points apiece, the pick of the Donabate scores coming from Jack Leahy and an amazing run from Kevin Burke, which led to Michael Manning being fouled for the equalising score on the stroke of half time.

Unfortunately, half time came at the wrong time, and we couldn’t continue our momentum in the second period, allowing the visitors to go two points up; 0-07 to 0-05.

The opposition then strengthened their hold on the game when, despite some fantastic saves from goalkeeper Brian Collins, they notched in a fortunate goal to widen the gap to five points.

A further two points left the score line looking bleak for DCC, at 1-09 to 0-05 down. DCC could have easily dropped their heads, but they responded brilliantly to get themselves back into contention.

Harry Stenson’s move into the forwards gave us a new target man, and James Freel got on plenty of ball going forward in his new position of centre back.

Substitute appearances from Liam Murray, Aidan Walsh, and CJ Jones (who got himself a lovely score) made a difference as DCC closed the gap to four points at 1-09 to 0-08.

Unfortunately, the killing goal came at the last kick of the game with a Portmarnock player finishing well from outside of the 14, against the run of play.

Plenty to be hopefully for the DCC lads, as a win Vs Malahide in our final group game will see us through to a quarter final. 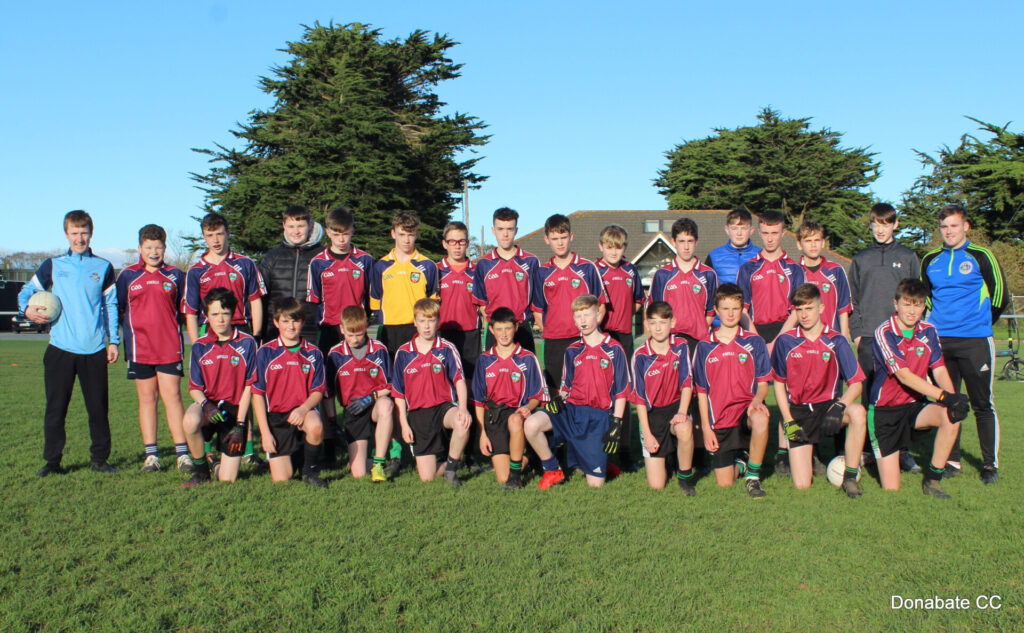