On to the Final for DCC! 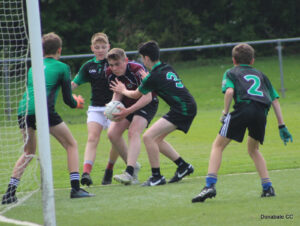 On to the Final for DCC!

Last Monday in glorious sunshine, Donabate’s u14s GAA Football team won against Castleknock in their Semi-Final. It was quite a drastic change from the quarter final, with the sun blazing and second year supporters filling the side lines. The game started with a few easy points from the opposing team with Donabate behind by eight points into the first half, “We just weren’t ready, we started slow and then we grew into the match.” reports Harry Stenson. Castleknock CC hit the ground running but by half time Donabate only trailed by two points thanks chiefly to a terrific display from Callum Wright who struck the net twice in the opening half. 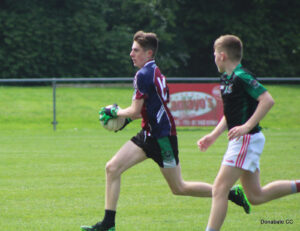 Castleknock dominated early in the second half, and it wasn’t certain if Donabate could catch up “There wasn’t high hopes that Donabate would win”. However, when DCC hit the net, the game was turned on its head and the opposition struggled to get the ball passed their own half. The opposing team had a strategy of almost completely surpassing their midfield with long balls to their forwards, which was almost completely cut out. With heroics from Callum Write, James Freel and Andy Caswell, the team started to surf into action with Kevin Burke and Harry Stenson contributing to the moral in the second half with amazing passes, kicks and runs. 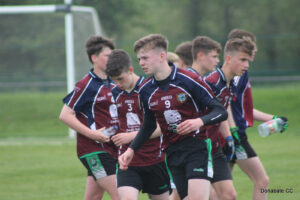 Second half goals from Kevin Burke, James Freel and Andy Caswell pushed Donabate into a single point lead while Kevin Burke’s point late on ensured victory. Impact substitutions Tiernán O’Rourke and Jack Scott Lee played a fantastic game in the short time they spent on the pitch. Congratulations to the team, Mr Hopkins and Mr O’Meara, and we wish you the best of luck in the Final. 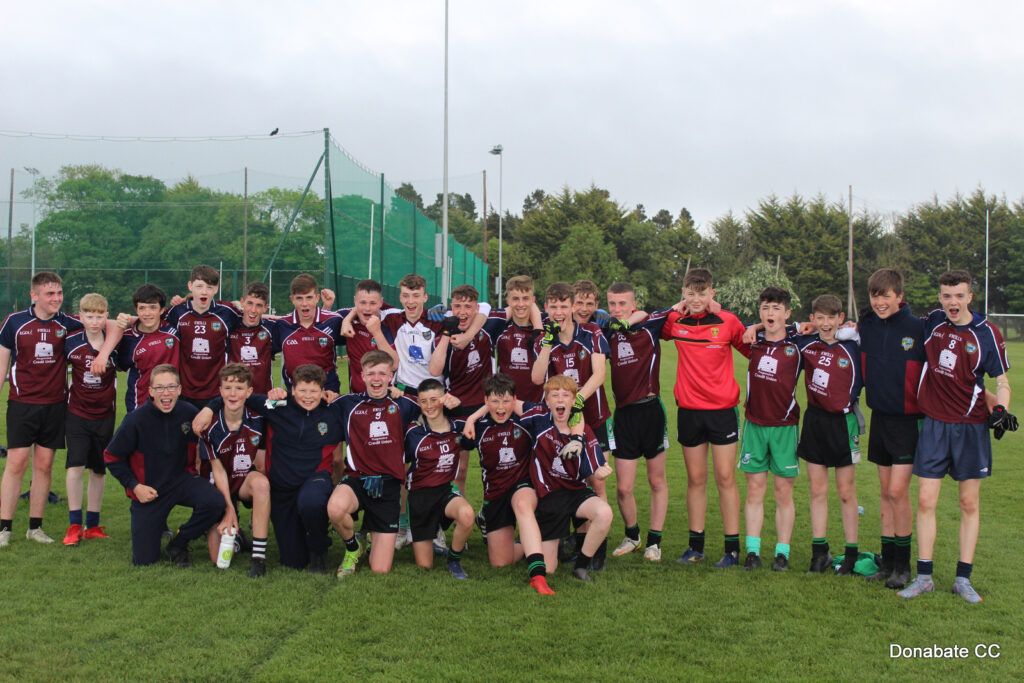