Congratulations to our Second Year boys’ basketball team who became champions in the final last Wednesday morning!! The boys were undefeated in the East-Plate League finishing with a 26-19 win against St Colmcilles Community School from Knocklyon. The atmosphere was incredible as both school came to support their teams at the National Basketball Arena and cheered them to victory. 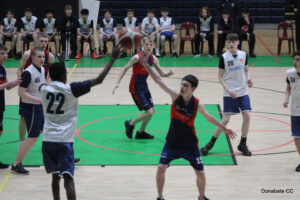 All eyes were on them but the boys didn’t let the pressure get to them. Team captain Conor O’Leary scored the first basket of the match. While St Colmcilles tried to reduce the deficit, Liam O’Leary and Max Munro didn’t let them, defending our side of the court.

At half time we held the slimmest of margins 12 points to 11,  St Colmcilles were still putting up a strong fight but in the third quarter, the team hit a purple patch and doubled their score to lead by 25-13. Vincent Guan and Harry McGrath’s baskets were among the highlights. In the final quarter, Ewan Martin, Obafemi Oye and Billy Stanbridge gave the final push to victory. 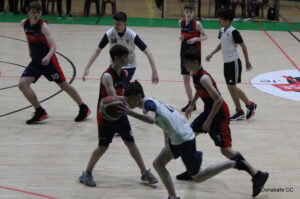 Everyone there was ecstatic for them, the team were continuously working hard all year and the win was well deserved. There was a great buzz on the bus home. Upon arrival, they were welcomed by the rest of the school. Thank you to senior students Adam O’Sullivan, Aaron Brady and Luke Mitchell for putting so much time and effort into the team. Big thank you to Mr Byrne who has brought the team to such success and to Ms Gallagher for all her help.

Report and photos with thanks to Dara Heffernan and Chloe Hanlon, TY Journalism. Thanks to Ms Ní Bhrolcháin for her photos also! 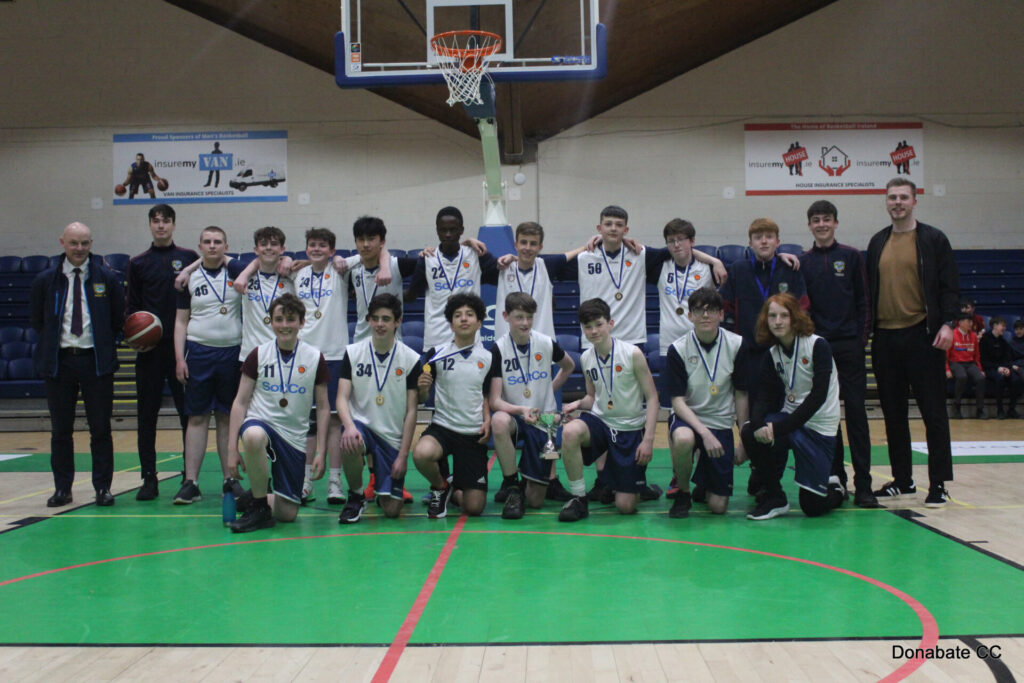