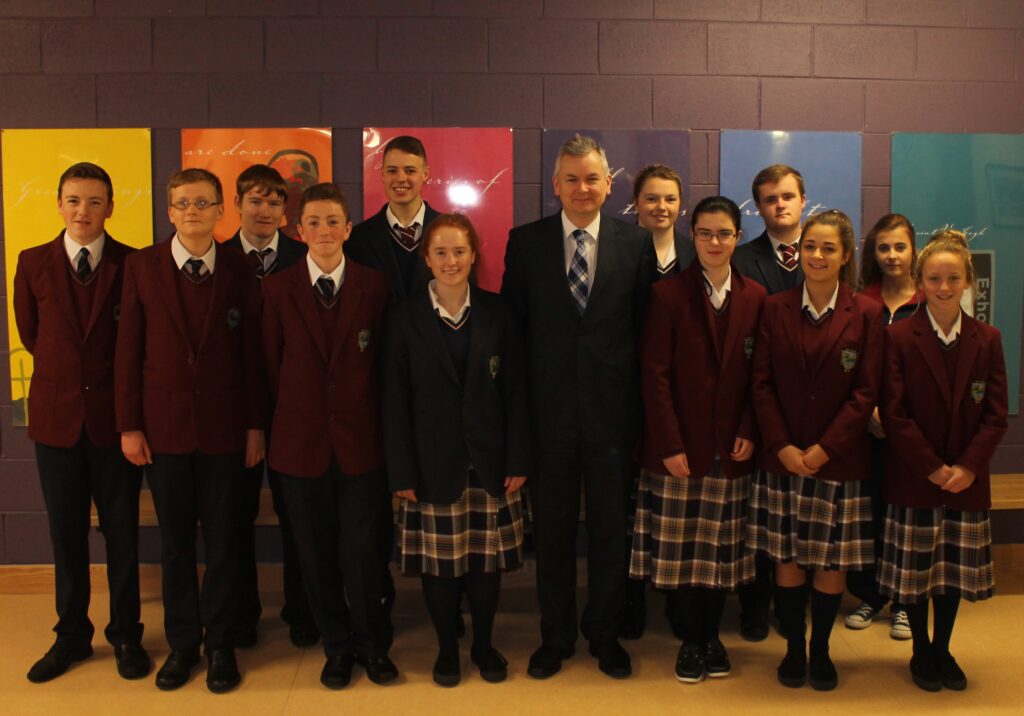 This year’s Student Council elections took place on Friday 26th September. The Third Year class, Walton, organised the elections as part of their CSPE Action Project. Classes were called down one by one to cast their vote. The polling clerks distributed ballot papers to each student and when their votes were cast, the papers were placed in a specially constructed ballot box. The tellers then carefully counted the votes and it was announced the following Monday who had been elected to the Student Council.

Congratulations to all the nominated candidates and especially to the elected representatives from each year. If students have any questions or queries they can approach any member of the Student Council.

Well done to the Walton class for their time and effort in organising the elections in an effective and co-ordinated manner.

The Student Council were privileged this week to meet the Chief Executive Officer of the Dublin and Dun Laoghaire Education and Training Board, Mr. Paddy Lavelle. Mr. Lavelle congratulated the students on their election and chatted to them about life in Donabate Community College and what their plans for the year were.

Thanks to Amy Higgins and Erin Costigan for their assistance in this report.