U19 and U16 Boys’ Basketball Teams Face Ard Scoil Rís 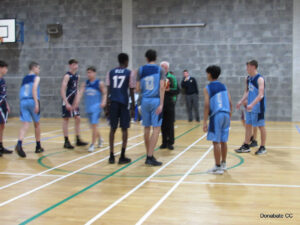 Thursday before mid-term, DCC U16 boys’ basketball team came head-to-head with Ard Scoil Rís. We are so proud of the boys for the efforts shown throughout this game. One player that played particularly well in this game was Obafemi Oye.

Entering this game, the DCC team knew it would be a challenge. These two teams were undoubtedly well matched. It was a slow start from both sides. However, once the boys got comfortable on the court, they pulled together an outstanding basket from Obafemi Oye. The team also pulled together some great defence, an excellent performance by Liam O Leary. Leaving the court, the boys ended the first quarter all square at four points apiece. 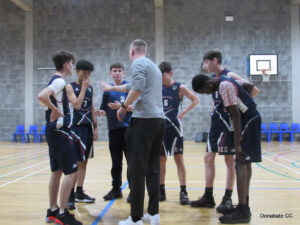 Ending the first quarter tied with Ard Scoil Rís, Liam O Leary blazed up the court and scored the first basket for DCC. With the two teams well matched and showing no sign of stopping, Conor O Leary’s free throws were vital. However, he didn’t show any signs of pressure and scored both shots. At the end of the second quarter the teams were as close as before.

With some words of wisdom from Mr. Byrne, the boys closed the game to a single score at seven points to six. It was undeniable that these two teams were not willing to give up. The boys made some great saves in this quarter and their defense was excellent.

With the score tied, the DCC boys were showing no mercy coming into the final quarter. Billy Stanbridge got the final quarter off to a brilliant start with a phenomenal basket. This started the line of baskets to come with free throws from Stanbridge and O’Leary. Both boys done great and secured both free shots. The boys made some great saves against Ard Scoil Ris. It was an exciting game; however, the boys were unlucky when the full time whistle went with the full time score reading DCC 21, Ard Scoil Rís 24.

Although the boys did not win, they delivered a thrilling game to all the spectators. We wish them well in their next fixture. 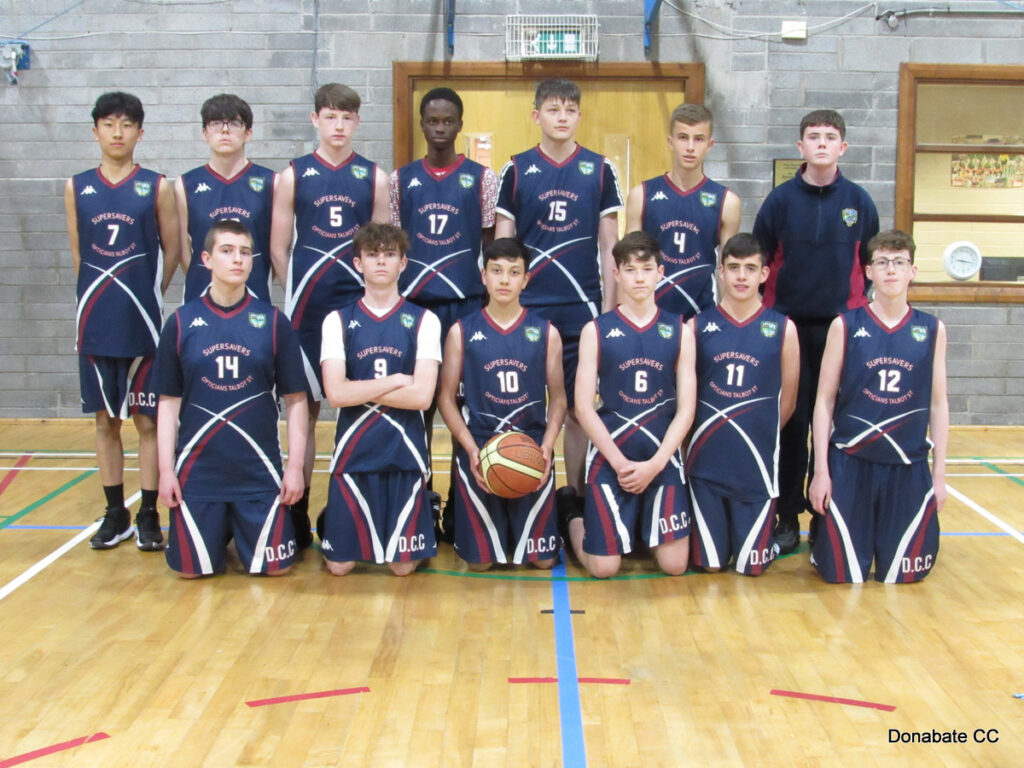 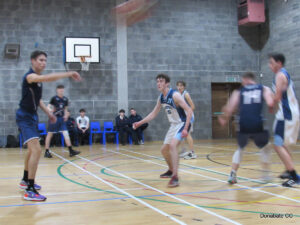 In their final group game, the U19 Boys’ Basketball team booked their place in the quarter finals with a convincing win against Ard Scoil Rís. We are so proud of all the boys for their efforts shown throughout this game. In particular, Aaron Brady was in inspirational form. Well done Aaron!

Entering this game, the boys knew it would be tough but were ready for the challenge. The boys were quick to react once the ball was thrown in. Luke Mitchell ran the length of the court and scored an amazing basket. He followed this with another two with help from Adam O Sullivan. However, Ard Scoil Ris did not make it easy for the DCC side and at the end of the first quarter DCC were thirteen to five points ahead. 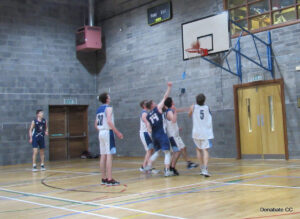 After a few words of encouragement from Ms. Gallagher, the boys were ready to go again. With a change on the court, Rory Kellard replaced Luke Mitchell. DCC boys showed no mercy in the second quarter with an amazing three pointer from Aaron Brady. The boys were showing how well they worked as a team, supporting each other throughout the match.

It was clear that both teams were showing no mercy as the third quarter was slow to start. However, after a few minutes Rory Kelland found space and scored the first basket for DCC in this quarter. He later followed this with two great free throws and sent DCC into the lead.

Not willing to give up an easy defeat, Ard Scoil Ris came back onto the court and tested DCC once again. With excitement in the room the tensions rose as each team kept scoring. However, DCC boys pulled through, maintained a steady head, and continued to do what they do best and work as a team. As the final whistle went, DCC had withstood terrific pressure from their opposition and came away with victory.

The U19s will face Mount Temple in their quarter-final!

Report and photos from both games: Kayla Fagan and Michelle Branigan, TY Journalism