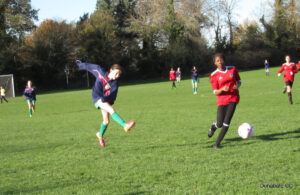 Yesterday, the 1st year girls’ soccer team embarked on their 1st outing, taking on Luttrellstown CC. Donabate took control of the game by ratting the net in the first few moments of the game.

Much of the action took place in place in Luttrellstown Community College half of the pitch. Niamh Zaidan, Erin Finn, Sarah Weir, Georgia Hall and Orlaith Browne all found the net in 1st half. With Georgia Hall also scored from a penalty kick. 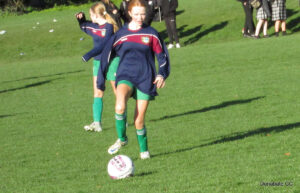 The second half got underway, and Ms. Collins and Ms. Fennell made some positional changes. DCC continued their scoring streak with Anna Russell, Katelyn Fogarty, Saoirse Brennan, and Zofia Warzynska all getting their name on the scoring sheet.

Well done to Jay Coates who was captain for today’s game, Jay gave great guidance to the backline.

Thank you very much for Lutterellstown for hosting us. The team are now through the next round of the first year cup.

Well done to all the team and many thanks to Ms Fennell and Ms Collins for their hard work. 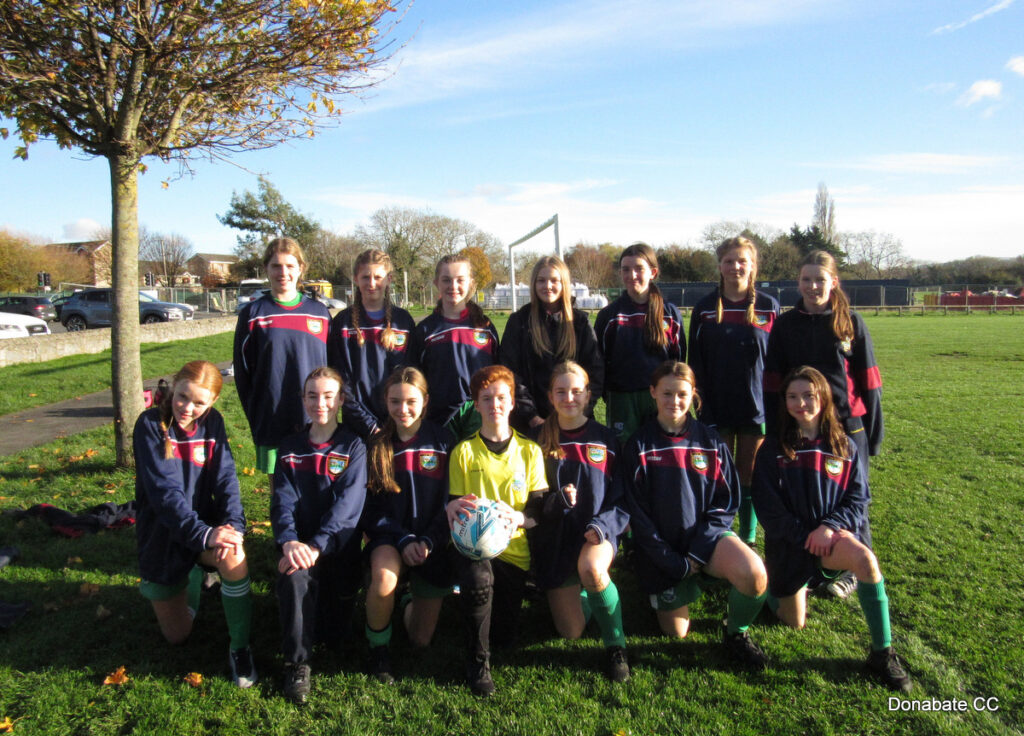