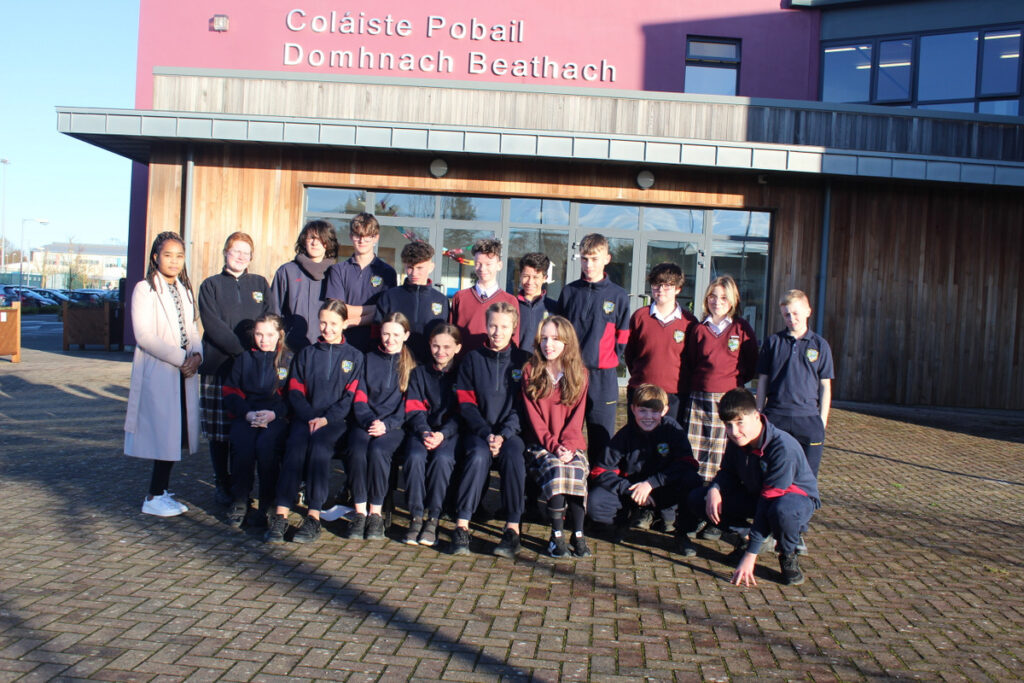 A School of Sanctuary is a school that is committed to creating a safe, welcoming and inclusive environment that benefits everybody, especially families seeking sanctuary. It is a school that helps it students, staff, parents, and the wider community to understand what it means to be a refugee and to extend a welcome to everyone regardless of their immigration status. (Info taken from School of Sanctuary website available here) 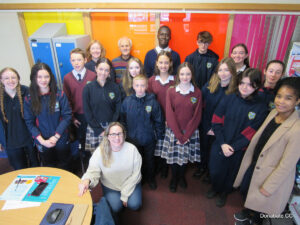 Visit from the School of Sanctuary

In October of last year, DCC began to embark on their journey to become a sanctuary school. Karen Dervan and her fellow co-workers from the Schools of Sanctuary organisation met with the DCC students and teachers to discuss their upcoming journey. Within this meeting, students, teachers and workers discussed many topics, including inclusivity, a celebration of different religions and how ethnic backgrounds in the school are recognised. These discussions offered an insight of what DCC already does, for example, the work around the inclusivity of the LGBTQIA+ community and Mental Health awareness. It also offered insight into what we can work on, for example educating ourselves on different cultures through cuisine, language, fashion etc. Many thanks to Karen and her colleagues from Schools of Sanctuary Ireland for coming in and speaking to us! 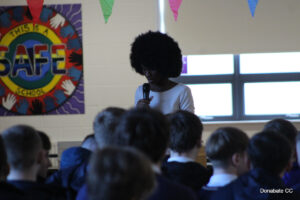 During Human Rights Week, DCC were delighted to welcome past pupil Elizabeth Zion back into the school to speak to our students about her life in Ireland. Elizabeth is a 19 year old student attending DCU whilst studying Politics and International Relations.

To begin, Elizabeth told us how her Mam came to Ireland in June 2003, fleeing from persecution. Elizabeth was then born only a month later in a direct provision community centre. Elizabeth described the conditions her mother had to face by saying, “There’s a lot of fear and a lot of anxiety accepting migrants into a country”. Although worldwide statistics show that this situation was and is not uncommon. Statistics say 103 million people are displaced worldwide, 32.5 million are refugees and 41% of those displaced are below age 18. Elizabeth told us that some of the least developed countries in the world are providing asylum to refugees. She “hopes that these statistics paint a picture in our minds of the countries bearing the burden”.

Elizabeth went on to speak about the double standards that exists in the media against refugees of different races and nationalities. For example, many people don’t see Ukrainian refugees as refugees because they are European and white. In response, Elizabeth made the point to “remember our humanity – the one thing we have in common is that we are all human”. She also developed this idea by saying, “In situations like these there should be no higher people in need of help no matter their eye colour, hair colour, skin colour – the right to refuge belongs to everyone”.

To finalise, Elizabeth showed us ways we can help, by getting in touch with Failte Isteach to teach refugees English and to also welcome refugees into the country and community.

Elizabeth has worked with Unicef and has gone on to give a Ted Talk on “The need for family reunification” (available here). She says by being a student in DCC, she has been “allowed to find her talents and see her power and her voice in action”. There is no doubt that Elizabeth is changing the world around us and we can’t wait to see what she does next! 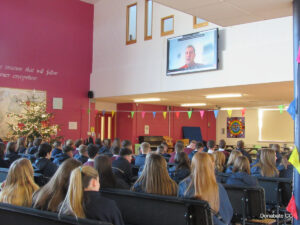 In order to mark Human Rights Day on the 10th of December 2022, Donabate Community College was lucky enough to join Schools of Sanctuary Ireland’s first winter webinar on Friday December 9th. DCC was proud to be among 128 other schools across Ireland watching this webinar through Zoom.
Entitled “The Refugee Journey”, this webinar educated pupils and staff about the origins of Human Rights Day, the meaning of the Universal Declaration of Human Rights and the 1951 Refugee Convention. However, the true highlights of the event were the contributions from five fabulous guest speakers, each with their own unique experiences to share and heartfelt messages to send. 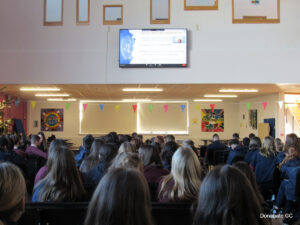 The first guest speaker, Olga Iamstun, spoke of her journey leaving Ukraine, and inspired the audience with her strength, passion and wisdom. She reminds listeners to “never give up even if you think your life is over, it’s just a new page”.
The second speaker, Hashem Badran, spoke of his experience as a refugee from Syria. He now lives with his wife and three children in North Dublin, but reminds his audience that “the journey was long and dangerous”, and that he considers himself “lucky to have survived”.
The third speaker, Raneem Abubaker, came from Sudan to Ireland in 2017 and was sent to direct provision. She informed listeners about how she thrived in secondary school and was even offered a Sanctuary Scholarship to Maynooth University.
The fourth speaker, Obianuju Ekedozie, said it took her “almost three years to find a place in Irish society” when she left Nigeria. Determined, she tells us “there is still a lot of work to be done, but that is why I’m here today”.
The fifth speaker, Fayaz Shirzad, from Afghanistan, a student who is currently attending Mount Sion CBS Waterford, shared an eye-opening interview with his teacher, Jacinta O’Rourke, asking him about his experiences.
This webinar was an amazing opportunity for students and staff alike, and really touched the hearts of everyone watching. DCC is proud to be a part of the Schools of Sanctuary initiative as we strongly believe that inclusivity is extremely important. Our DCC Schools of Sanctuary club is working tirelessly to promote equality and educate those around us on the refugee journey. 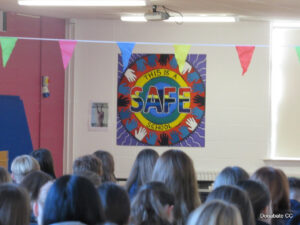 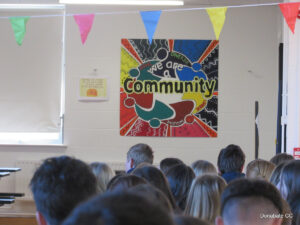